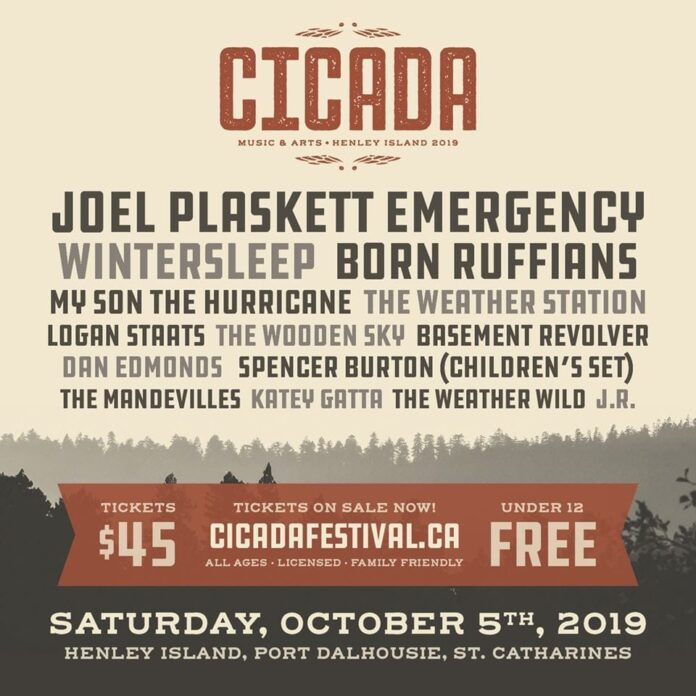 Though Cicada Festival started in 2008 as a small, local event put on by the Lepp family, it was resurrected last year at Henley Island in Port Dalhousie as a full-fledged music and arts festival, supporting prostate cancer research and awareness. Boasting incredible acts like headliner Dan Mangan, plus Terra Lightfoot, Donovan Woods, Joey Landreth, Said The Whale, Birds of Ontario and many more, it was a family-friendly festival that included a Fred Penner set for the kids (though, let’s be honest – the adults sang along the loudest).

The general consensus was that this festival was an absolute hit. Fantastic bands, great sound, a diverse selection of food, drink and art vendors – Cicada became an immediate favourite.

On a more personal note, we had launched From The Strait around the same time, and our first-ever “This Or That” interview just happened to take place at the festival with Joey Landreth and an appearance by Fred Penner. So, we’ve been eagerly anticipating the details and full line-up for this year’s fest, and it certainly does not disappoint.

With Joel Plaskett headlining the event, other acts include Born Ruffians, Wintersleep, The Wooden Sky, and The Weather Station, among others. It will also feature performances from great local musicians likeThe Weather Wild, The Mandevilles, My Son the Hurricane, Katey Gatta, and J.R., plus Spencer Burton performing songs from his new children’s album. This festival is not to be missed.

Grab your tickets now and stay tuned to FTS! We’ll have some fun posts and interviews leading up to Cicada.  In the meantime, while you wait for October to get here, check out our clip with Joey Landreth and Fred Penner from last year’s festival. It’s rough and off-the-cuff, but it was a hell of a time.