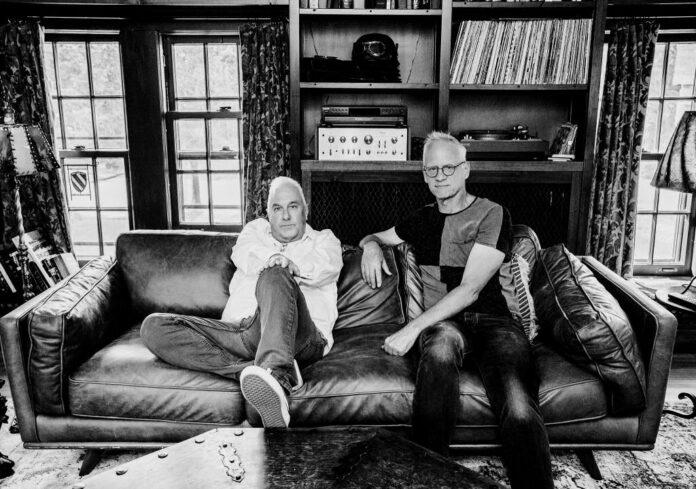 The Scarlet Goodbye is a new band comprised of Dan Murphy (Soul Asylum) and Jeff Arundel. They’ve just released their latest single, “Rosary”, so we caught up with Dan to chat about the song, how the project came to be, and how the two members collaborate when it comes to songwriting.

From The Strait: Tell us about the new single, “Rosary”.

Dan Murphy: Started out as a quiet guitar riff that I could not get out of my mind, sort of haunted me. Maybe a song about unrequited love and people needing articles of faith – A Rosary being one of them? And maybe love as it is known today which can be illusive is merely something that people cling to or hope for out of familiarity and convention? Sort of a peppy anti-love song written by a guy that is interested in a girl that seemingly he is more attracted to then her to him… lol the story of my life…

FTS: How did The Scarlet Goodbye come to be?

Dan Murphy: Jeff and I met at a holiday party the December before Covid. We had not really followed each others careers and our paths had not really crossed at all. We decided to write together after visiting his home studio at said party, and we found some weird type of kismet thing where our influences while very different came together in an organic and melodic manner that was a surprise to us both.

Dan Murphy: I Loved arena rock in the 1970s as a teenager – the first show I ever saw was the Guess Who. The sound of an amplified Les Paul guitar through a huge PA system thrilled me from the very first time I heard it. I knew at the age of 12 that is what I wanted to do. I was pretty shy as a teenager and spent most of my time in my room playing along to Aerosmith and Rolling Stones records. I still can play them all today mostly…

FTS: With your different musical backgrounds and careers, how does that come into play when creating new songs together? Is a lot of it done separately, or is it more collaborative?

Dan Murphy: Jeff and I write together a good amount. Typically one of us brings in the initial guitar riff or chord change and then we go to work and decide what the narrative should be and try to craft a compelling story line, and song and recording. I took a 9 year break from playing guitar and music so when I came back into this project I really felt the desire to write again. The pandemic also created a sense of urgency when we started writing this record – as in the first few months at least it really seemed like it was to be the end of the world as it was before.

FTS: What’s next for The Scarlet Goodbye?

Dan Murphy: We are writing and recording the last three tracks for our release which will likely drop in September. We are releasing a second single called Angel Dust next month and are scheduling a few shows for the spring and summer.

Check out “Rosary”, the latest single from The Scarlet Goodbye!