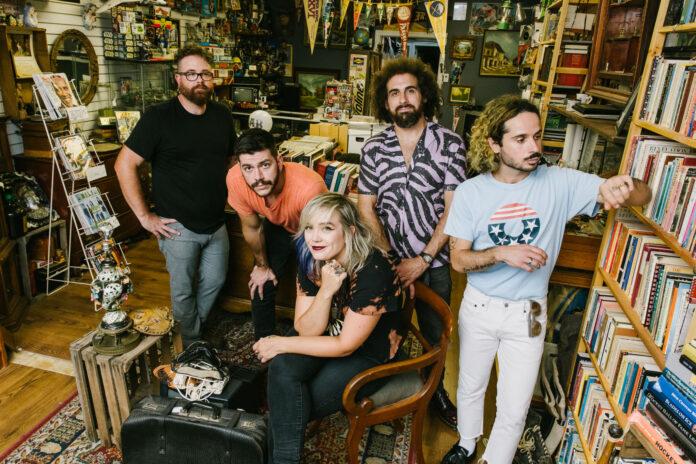 Based right here in good ol’ Niagara, The Mandevilles have long been a mainstay in the Canadian music scene. They’ve just released their Junkie EP, featuring their previous hit of the same name, as well as four other brand new tracks – all with the true grit, depth, and stellar rock ‘n roll style that the band is known for. We caught up with the band to chat about the making of the EP, the evolution of their sound, and their favourite Canadian acts.

From The Strait: Tell us about the Junkie EP.

The Mandevilles: When we were writing the songs that make up the Junkie EP, we didn’t think there was a concrete underlying theme. But, ultimately most of the lyrics end up being about whatever’s going on in your life at the time.
The band started laying things down in the studio – what we thought were just gritty demos turned into really incredible recordings with our friends and co-producers, Neil Morrissey and Ryan Defoe.

We’ve cultivated such an amazing working and personal friendship with Neil and Ryan over the last few years. The whole process leading into production has never felt so natural – it was an instant connection.

FTS: How do you think your sound has evolved since you first started making music?

The Mandevilles: Now we do 100% of what we want to do. Zero fucks given.

The Mandevilles: Watching the Hives side stage with Little Steven.

FTS: After the pandemic hit, The Mandevilles did a great job of pivoting to online performances, interacting with fans from all over on Twitch and other streaming apps. What is the band’s “new normal” like now?

The Mandevilles: “Meet the new boss, Same as the old boss” plus streaming.

FTS: If you had advice for brand new musicians just starting out, what would it be?

The Mandevilles: Start a cool Polka band and go viral on TikTok.

FTS: What are some of the band’s current favourite Canadian artists/groups?