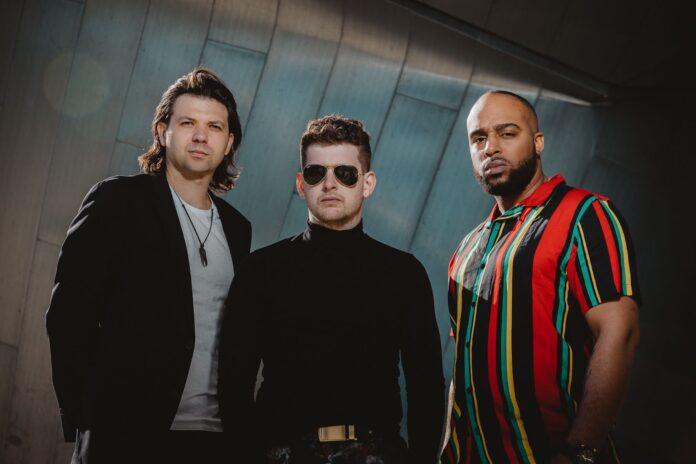 Toronto-based trio The Lad Classic are a rock band at heart, adding in new influences and sounds to create music that is uniquely theirs. They’ve just released their latest single, “Oh Me” – an energetic track with big rock guitar riffs and a chorus that is so catchy, you’ll be singing it long after the song has finished. We caught up with The Lad Classic to to chat about the song, how they got together, and their musical guilty pleasures.

From The Strait: Tell us about the new single, “Oh Me”.

The Lad Classic: We recorded this one in Toronto at Genesis Studio with Matt Snell (Dua Lipa, Flatliners) and mixed/mastered by Jason Van Poederooyen (Mother Mother, Chris Cornell).

This is a song written about the moment when you break through the chaos of the mind and limitations, self-imposed or otherwise. It tells a story about determination and staying truthful to one’s path in life.

FTS: How did The Lad Classic get together as a band?

The Lad Classic: It was more of a piece-by-piece thing than all at once. Jo (drums) was one of the first members before it was even The Lad Classic. Paul (vocals) joined a few years later through an online ad.

Derek was added initially as an emergency replacement for a string of shows, but we were so impressed by his work ethic and musicianship that it was a no-brainer to add him to the lineup.

FTS: If you could tour with any band or artist (any genre), would it be and why?

The Lad Classic:
Jo – The Weeknd – I think his fans would really appreciate what we’re doing, especially because his music has crossed over the past couple years.

Derek – Bruno Mars – He’s playing the most musical and beautifully complex pop music out there today.

Paul – Aerosmtih – Going old school. Love their stuff and would be a great learning experience from some pro’s that have made their mark.

FTS: What’s coming up next for The Lad Classic?

Check out “Oh Me”, the new single from The Lad Classic!