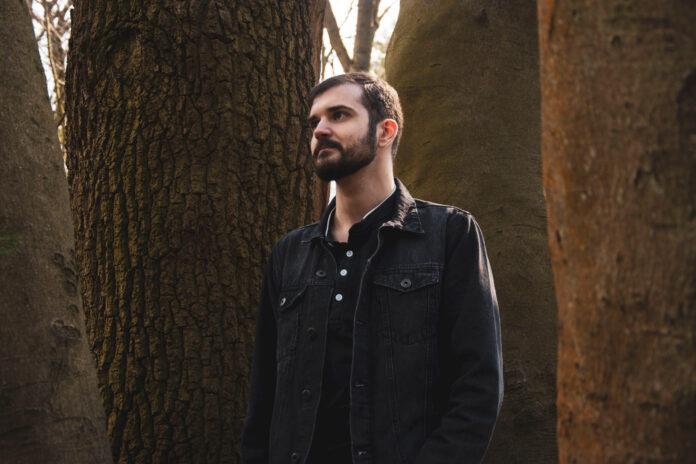 Aylesbury, UK-based Shockpowder has just released a brand new single, “Oxygen”. On a mission to capture dreams in sonic form, “Oxygen” is a song about “the lifeforce of all living things and how it is given and taken away”. We caught up with Shockpowder to chat about the new track, the “metalgazing” genre the project falls under, and career highlights thus far.

From The Strait: Tell us about the new single, “Oxygen”.

Shockpowder: Oxygen is a new song I’m really excited about, because it’s another way that I’m telling Shockpowder’s story. It remains true to the absolutely burning desire to paint pictures of the natural world, but this time it’s quite vicious in that I’m writing about the power of oxygen, and how it can give and take away life.

FTS: You refer to your style of music as “metalgazing”, a fusion of metal and shoegaze. While the two genres are so different at first glance, they work together well – how did this become your sound, and were you the first (that you know of) to take on this sub-genre?

Shockpowder: I’m certainly not the first, there’s so many different incarnations of this crossover, whether it be Alcest, Deafheaven, Heretoir, there are loads. However, as with any artist, I like to try and put my own spin on it, and develop it. That’s our duty as creatives. To know our place in a style, historically as well, and come up with pleasing ways to develop it in a new way!

Shockpowder: I have heard many takes on this and one that seems to be the most true for me is that writer’s block is basically a myth. In the sense that it’s completely avoidable; you will feel that you can’t write but I think that’s just a consequence of writing too purposefully. What I mean by this is that creative ideas flow at their best when you just write for the sake of writing, because you enjoy it and it makes you happy. So, I write music just by following my mood, develop it in the direction I want it to go in, and make changes based on what I want it to sound like. But beyond that, never give up on anything you write! It’s okay to write songs that you don’t end up using because they’re not good enough. You might end up coming up with what to use that idea for later to make it amazing! And also, your discarded ideas might form the new foundation for the next idea that really does strike you.

FTS: What’s one under-the-radar band or artist you love, and want to share with our readers? Are there any other acts from your town of Aylesbury that you’d like to share?

Shockpowder: There’s a band I’ve been listening to for a while called Backyard. They did an EP called Everything Turns Grey and I think it’s amazing. It really hits the spot to put that on sometimes.

FTS: What has been the highlight of your musical career so far?

Shockpowder: Definitely the messages I’ve gotten from fans. I’ve received some of the most beautiful messages about how my music has helped people through difficult times, and how it affected them. That’s more powerful to me than anything. That’s something that really reminds me why making this music is my purpose in this world.

Check out “Oxygen”, the latest single from Shockpowder!