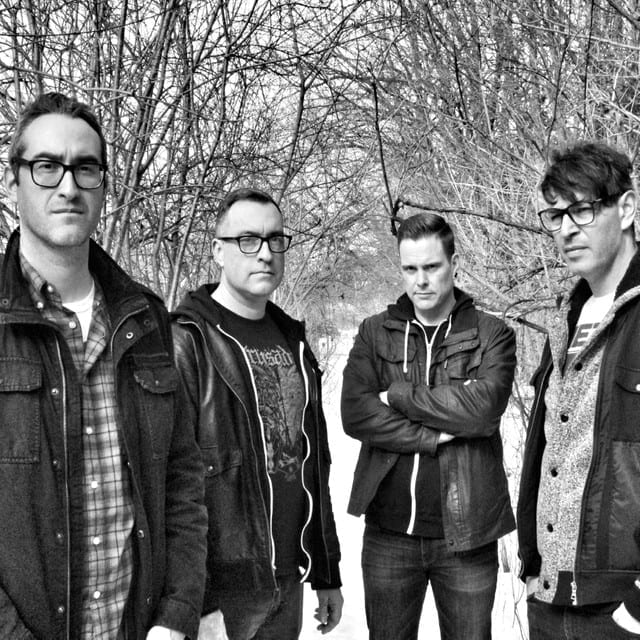 London, Ontario rock band, Red Arms have shaken off their Soviet-era post-punk aesthetic for a more accessible sound on their brand new album, Critical State. With that and their new single “Ran Away” recently released, we had a quick Q&A with the band to learn about the new record, their influences, and why “woodshedding” is a big part of the songwriting process.

From The Strait: Tell us a bit about your new album.

Red Arms: It was an intense effort over two years. Our goal was to curate a collection of songs that could both stand on their own as singles and also sit cohesively within the context of an album. Everything on the recording was deliberate and thought out. We knew that this record was going to be the first impression for many people that had never heard us before this release. We didn’t want to take any half measures. Out of the gate we needed this record to stand out. There are so many great releases out there that anything short of our best effort would have had this release eclipsed by so many other accomplished and worthy artists.

FTS: If you could play to an audience anywhere in the world, where would you want to play?

RA: I think playing most places in Europe would be pretty great. The culture is just more geared toward supporting artists and audiences in general seem more invested. I’ve been to shows overseas and it’s been a pretty great experience. Plus the beer and food are top notch.

FTS: Who would you say are your biggest influences that helped shaped your sound?

FTS: Your Facebook page tells us that, as a band, you’re interested in “woodshedding”. Tell us more about that.

When Eric and Rob need to write, the will isolate themselves in a room with a couple of amps and guitars with minimalist tones. This is where all the melodies for the vocals are written and some key hooks are developed as well. The arrangements and most parts are done in the context of the full band but most of the vocal parts are written in this way. No one bugs you in the “woodshed” so it’s easier to get the work done.