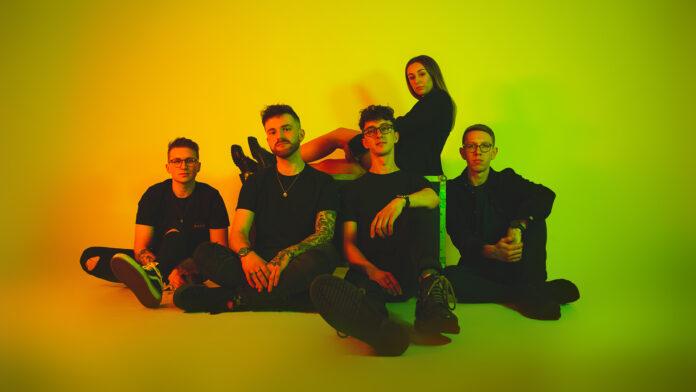 Brighton, UK-based band Last Seen Alive are known for their high-energy pop rock sound and live shows that keep crowds dancing. They’ve just released their latest single, “Sick”- a fast-paced track with driving guitar, big vocals, and a bit of an early-2000s feel. We caught up with Last Seen Alive to chat about the song, their live performances, and the coolest show they’ve ever played.

From The Strait: Tell us about the new single, “Sick”

Last Seen Alive: ‘Sick’ is a track that has been part of our set for a while and it’s one of our fave songs to play live. We recorded the instrumental parts of the song back in 2021 with our amazing pal/producer Win, we were powering ahead with the song however things came to a quick hault after our lovely drummer Gareth decided to leave LSA. We picked things back up this year, and decided to record vocals and mix the song ourselves. It definitely put a new spin on the recording process for us, and it was awesome having more control over the sound we wanted.

All our songs are inspired by personal experiences and situations – and this is true for Sick as well.

It’s hard to admit what songs are about,  when we write them we don’t always expect them to be public. Not revealing what a song means to us, allows it to be interpreted in different ways by different people – hopefully that’s not too dicky!

FTS: You’re becoming known for your high-energy live performances – how important is that energy to you, as a band? And what are some ways you engage your audiences?

Last Seen Alive: For us, playing shows is our favourite part of being in a band, it’s just bloody fun and I think this comes across on stage.

Obviously we love going to gigs ourselves, and are often inspired by other peoples performances and this has a big effect on our own shows.

Last Seen Alive: This is a really tough one, mainly because individually we all have really unique music tastes, so if you asked each one of us, you would probably get a different answer!

I think an influence for all of us though would be Yonaka. They have an insane energy and attitude on stage and I think they do an awesome job at getting this energy to come across in their recorded music too. So Theresa if you’re reading this, slide in the DMs 🙂

Last Seen Alive: This is a difficult one, there are a lot of contenders! One of the coolest shows we ever played was our first show out of lockdown at The Spice of Life in London.

We honestly thought that no-one would show up, after Covid fucking everything up.

Literally the opposite was true and the gig was sold out! The atmosphere in the room was amazing and everyone brought their A game, definitely one we won’t forget!

FTS: If you had advice for new musicians just starting out, what would it be?

Last Seen Alive: Go to gigs and be an audience member in your local scene – it’s honestly the best way to meet other bands, get inspired and scout out who you wanna play shows with 🙂

Check out “Sick”, the latest single from Last Seen Alive!