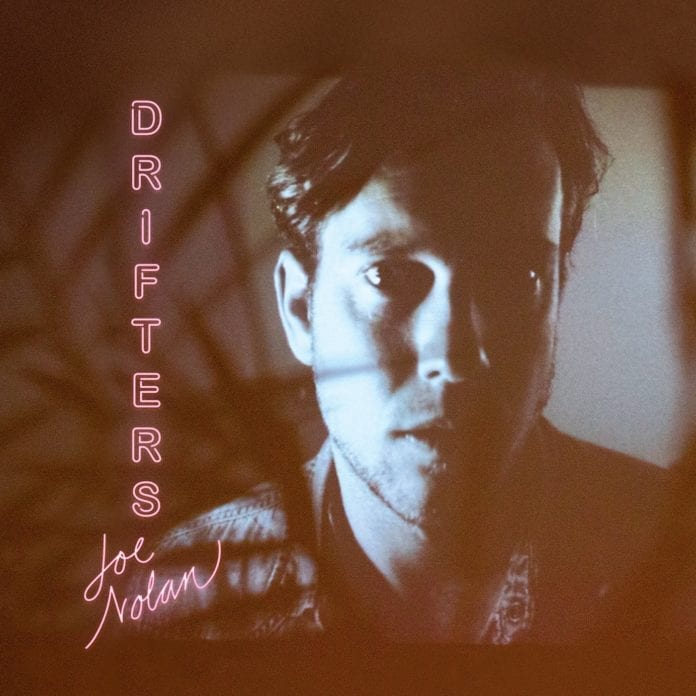 Edmonton singer-songwriter Joe Nolan has just released “Kisses in the Dark”, a new single from his recently released album Drifters. We caught up with Joe to learn more about the song, his most memorable show, and his deserted island albums.

From The Strait: Tell us about your new single, “Kisses in the Dark”.

Joe Nolan: “Kisses In The Dark” is the oldest song written on the album, and sets up the mood and theme for the rest of the record. The album is very stripped down, melancholic and unruffled by distractions. It was meant to sound as if I was in your living room, maybe years ago, with just a guitar and voice.

FTS: How would you describe your music to anyone who hasn’t heard it before?

Joe Nolan: I’d say it’s original, drawn from the elders in roots music. Words are as important to the music as the instruments.

Joe Nolan: Probably the first time I played Edmonton Folk Festival, I was 16 years old and was under the umbrella of U-22, a program for up and coming local artists spearheaded by Rhea March.

Joe Nolan: Well… there are too many… off the top of my head… Muddy Waters, Levon Helm, Patti Smith, Bob Dylan, Janis Joplin, Jeff Buckley… the whole 27 club…

Joe Nolan: This would probably change every year but these are some staples… Blonde On Blonde, Bone Machine, Nebraska, Miss America, Grace.

Check out Joe Nolan’s latest single, “Kisses in the Dark”!