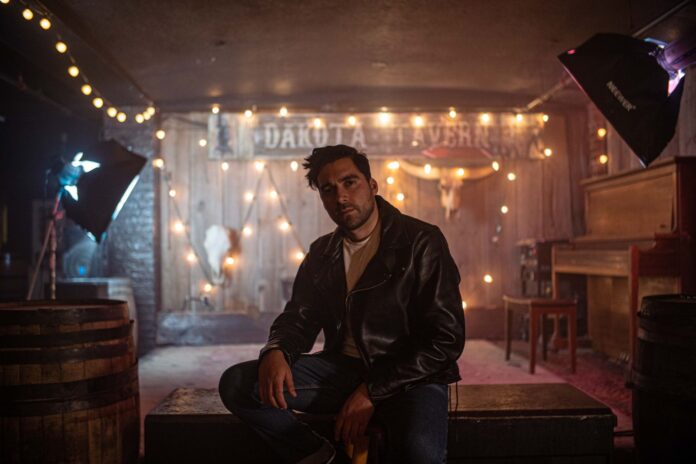 Alt-rock project Howlin’ Circus is the musical brainchild of Toronto-based, London-born Iraqi, Jafar Sandouk – and it’s one that we’ve long been fans of, here at FTS. With the latest release, “Only for a Night”, we caught up with Jafar to chat about the song, how he started the band, and his dream music festival lineup.

From The Strait: Tell us about the new single, “Only For A Night”

Jafar Sandouk: I started writing it the morning after a show that ended up being the last one before we all went into lockdown. It started to take on more meaning when we were 3 months, 6 months into the pandemic with no end in sight. That heavy bass riff in the song takes me back to those days walking into a sweaty venue with the walls shaking, and I wanted to capture that vibe. This is it, we’re here, we’re alive and sometimes it can be scary living with ourselves, but one great rock show, one great gig can make you appreciate what it means to be here in this moment.

FTS: How did Howlin’ Circus get started?

Jafar Sandouk: I started it back home in the UK with a friend from university in London. We recorded early demos in his bedroom, messing around with all sorts of sounds, and we just got various friends to play with us when we played live. Over time, it became my solo project, and then I moved to Canada, and different folks have joined me on stage to play and have helped in the studio. I guess like a circus, we just take in all sorts of folks, finding their way and having a place with us for a few nights or maybe just one.

FTS: If you were curating a festival – with you as the headliner, of course – what other bands would you add to the bill and what would you call it?

Jafar Sandouk: The NJWD (Not Just White Dudes) Alt Fest. Three nights of alt, rock, indie, psychedelic, and punk acts but instead of a usual rock festival bill being 95% bands with just white dudes, it would be inclusive and representative of the real world. I’d have Dream Wife, Ali Awan, Skye Wallace, Crown Lands, Bad Waitress, Waxlimbs, The Muslims, Monowhales, The Linda Lindas, Habibi, and The OBGMs. Let’s make it happen!

FTS: As things are opening up, we’re starting to get live shows once again – how does it feel, as you get ready to take the long-empty stages?

Jafar Sandouk: Had you asked me a month ago I’d have been absolutely terrified of the prospect of being indoors and playing shows. I recently dipped my toes into the post-pandemic world when I went to the Euros semi-final back home in London and saw England beat Denmark in a packed Wembley Stadium with 65,000 people. It was wild, definitely a superspreader event. I’ve had the vaccine, which has made me more confident about socializing again. But emotionally, it’s going to be strange playing live again. I don’t know if everyone coming to the shows will be ready for it. Live shows are all about that connection with the audience. We’ve all been isolated from loved ones, we’ve lost friends, family, and our way of living, and so I don’t think we can just rip off the mask and expect everything to be amazing overnight simply because we’re “allowed to”. Things were clearly not perfect pre-pandemic, so we need to just take our time and not put too much pressure on it. I’m excited to go do the thing I loved doing and I’m slightly nervous about the fact that there’s no predicting how it’ll go, how people will respond but that’s alright. All we can do is try to shed a little of the last 16 months off of us and give each other one night to appreciate being here.

Jafar Sandouk: I’m working on more new music, maybe it’ll end up being a full-length album, but it’s still early days. The pandemic put things into perspective for me and raised a lot of questions about what kind of world we want to live in after lockdown. I love making music, and I’m trying to grow and learn each day. I don’t want to worry about the algorithm, or what x, y, z music influencer is going to think of my music before I’ve even sat down to write it. The very act of creating something has been really special for me and helped me through this difficult year and a half. I’m just going to keep writing and putting my music out there. If people love it, great. If not, I’ll keep doing it regardless.

Check out the latest single from Howlin’ Circus, “Only for a Night”!