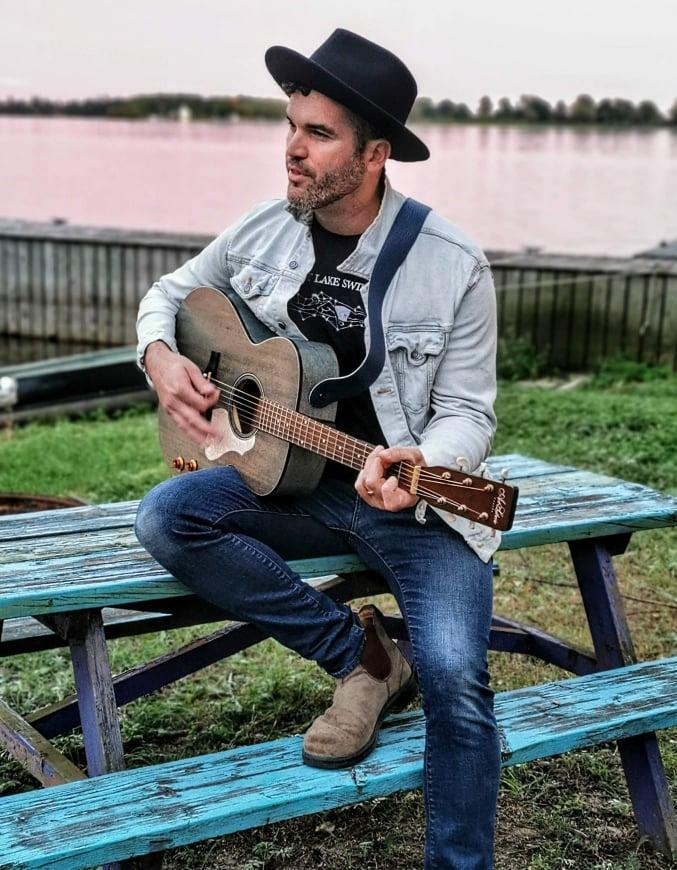 E.P. Lepp is the solo project of longtime musician Eric Lepp. He’s now carving out a name for himself as a singer-songwriter and producer, with his new studio The Hodgepodge Garage and his debut album, Bats in the Boathouse. We caught up with Eric to chat about his new music, his favourite memories of being a musician in Niagara, and his deserted island albums.

From The Strait: Tell us a bit about your new solo project – how did that start, and what can listeners expect?

E.P. Lepp: The new solo project  started out of necessity…I built a new recording studio in my garage I wanted to get familiar with my new space and equipment so I began to write some songs to record.  Listeners can expect an album of songs with rock, folk, and indie elements.

FTS: Your new album Bats in the Boathouse will be released on October 1st, along with the lead-off single “Humbled. Tell us about the single.

E.P. Lepp: “Humbled” is about how we are all only human. Even the biggest stars or the richest folks have terrible days… nothing is forever so we should just be more understanding of each other.

FTS: You’ve had a long career as a musician, starting right here in Niagara. What are some memories you have of playing here through the years?

E.P. Lepp: Some of my fondest memories are playing shows with Birds of Ontario. Whether it was just an acoustic duo show with just matt and I, or with a full band, playing with the Birds was always a great time.

FTS: If you were stranded on a deserted island, what 5 albums would you want with you?

E.P. Lepp:
Nirvana – In utero
Bob Dylan –  best of the bootleg series
Neil Young – harvest
The Traveling wilburys- vol 1
The Clash – Best of (cheating have a best of, I know haha)

FTS: What message do you hope your music sends to your listeners?

E.P. Lepp: Try to be in the moment…it can be such a hard thing to do…but never stop trying.

Check out “Humbled”, the leadoff track from E.P. Lepp’s debut album, Bats in the Boathouse – both out on October 1st!