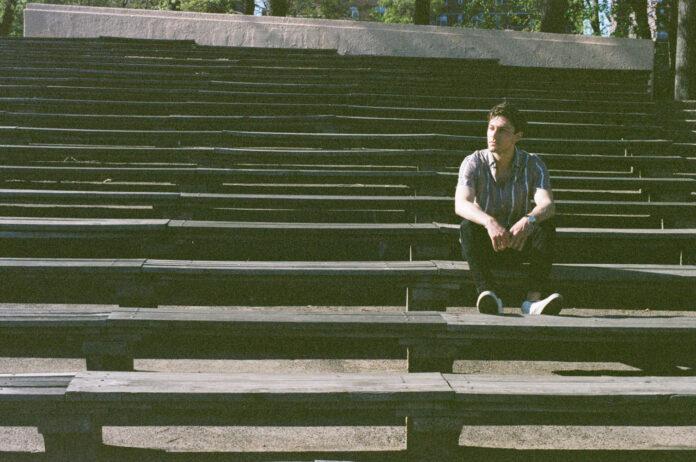 New York musician Delta utilizes an array of songwriting styles and musical influences to create his own brand of genre-spanning music. His latest single, “Lumination” is a pop-tinged indie rock tune with catchy melodies and a seamless inclusion of the saxophone. We caught up with Delta to chat about the music, how he battles writer’s block, and what he hopes listeners take away from his songs.

From The Strait: Tell us about the new single, “Lumination”.

Delta: It was a lot of fun writing this one because it builds from a small synth based song into a full out jam. I wasn’t sure what to do after the first chorus, but had the idea of using a sax because I was on a huge Bruce Springsteen kick at the time (I love how the E Street Band treats a horn section). A friend of mine connected me with a friend of his who plays sax, and this was the end result.

Delta: I blame my family with their CD shelves and for giving me free range to explore Tower Records. There was never a question in my mind that I would work with music in some way, our house was always full of music (ranging from Grateful Dead to Nirvana and back to BB King). I picked up drums at an early age and was heavily influenced by Travis Barker and Chad Smiths styles.

Delta: Whenever I have writers block I start something new just to explore fresh sounds and ideas. It doesn’t always sound great, which is fine because I’m just trying to get my mind away from the “blocked” song I’m on.

Delta: I am a hot sauce fiend; eating it, making it, growing peppers. I may or may not have a small pepper farm on my roof here in NYC…

Delta: I hope people just feel something when listening to music I’ve worked on. The whole album for me is a brain trip rolled into sound waves, wrapped in a more accessible paper than something like binaural beats. If someone tells me they felt like they were floating while listening, I’d feel like I would have accomplished what I set out to do with this release.