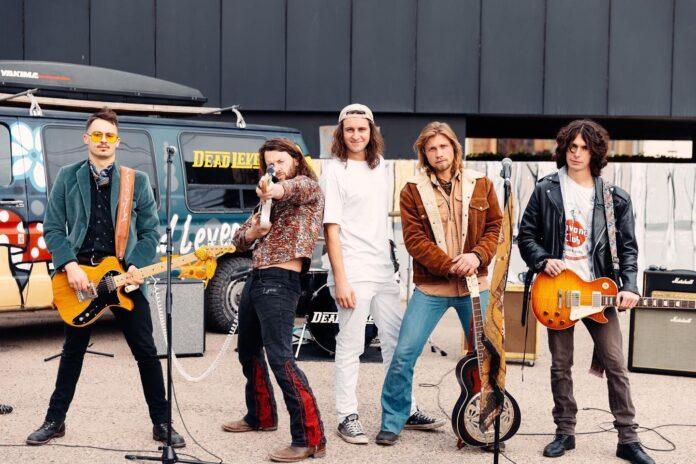 Saskatchewan rockers Dead Levee are back with a brand new single, “Rise Up”, from the EP of the same name – it’s “a pedal to the metal redemption rock song” with the classic rock-tinged sound fans have come to expect. We caught up with the band to chat about the song, the coolest show they’ve played, and what Canadian bands they’re currently listening to.

From The Strait: Tell us about the new single, “Rise Up”.

Dead Levee: We spent a couple years working Rise Up until we finally found the perfect version of it.
Rise Up is a call to people to take charge of their lives. If there’s something worth fighting for, fight for it and don’t stop until you reach that goal.

Dead Levee: We just played our EP Release Party show in Regina on Friday April 22nd at Revival Music Room which ended up being a sell out. It was an amazing feeling to have all this pent up energy to play and the show being such a success.

Dead Levee: We have loads of friends who have been dropping some really good music including, Revive The Rose, Excuses Excuses, W3apons, Taming Sari and Harm & Ease.

FTS: What do you hope that listeners take away from your music?

Dead Levee:  We hope that listeners will be able to get out of any slump they are currently in by listening to our lyrics on redemption and overcoming adversity. As well as get their day kickstarted with some high energy R&R.

Check out “Rise Up”, the latest single from Dead Levee!