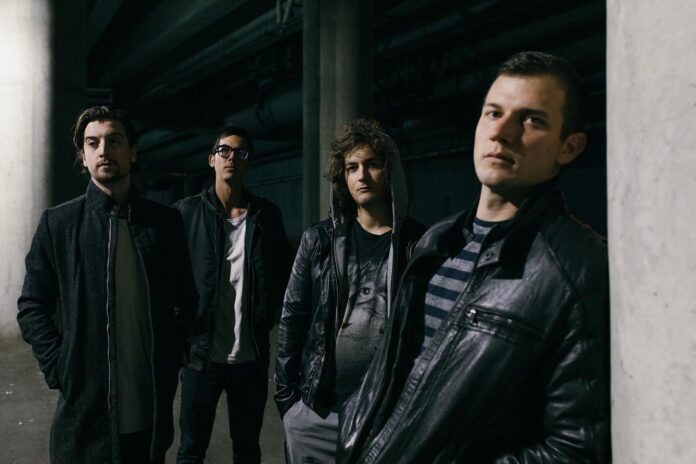 Hailing from Kelowna B.C., CIVILIANA have come a long way since their origins – they started playing together in high school, only to reconnect as adults and create a unique, upgraded sound. They’ve recently released their latest single, “Melt” – we did a quick Q&A with lead vocalist and drummer, Calen Trentini to find out how their influences have changed over the years, their dream tourmates, and what’s next for the band.

From The Strait: You started as a high school band – who were your biggest musical influences in high school, and how do they differ from your current influences?

Calen Trentini: A huge influence in high school was Death from Above 1979. Spencer Daley, our bass player, and I were just a 2 piece band before we met our guitarist Adam, so DFA 1979 gave us an example of a bass guitar and drummer/vocalist duo which we had never seen before. We still listen and are influenced by a lot of our high-school music interests, such as Arctic Monkeys and Kasabian, but these days it’s impossible to avoid the influence that comes from some of the amazing modern artists like St. Vincent, Alt J, Mini Mansions and more.

CT: This might not be the answer all of of band mates would give you, but I would love to tour with Arctic Monkeys. I’ve had an obsessive interest with their sound and band members for so many years. Their fanbase is so dedicated and passionate about their music that I would love to have some of that interest bleed over to us!

FTS: What’s next for CIVILIANA?

CT: We are going to wrap up 2019 by playing some gigs across Western Canada. As well, we will be recording a stand alone single that will be released sometime in 2020. Outside of that it’s a lot of long term planning, we are so happy with how this year has gone that we are hungry to keep this momentum going and reach even bigger and better milestones.