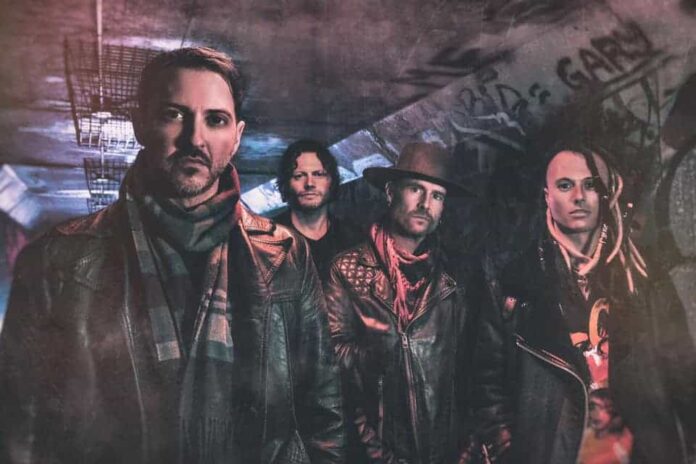 Bonds of Mara are back with their second single, “Killed The Love”, and have just embarked on a Canadian tour. We had a quick Q&A with the band, to chat about their thoughts on the term “supergroup”, their dream venues, and the inspiration behind their latest track.

From The Strait: When you take members of different successful bands and put ’em together in a new band, they tend to be called a “supergroup”. Do you guys consider Bonds of Mara a supergroup, or do you prefer a different description all together?

Bonds of Mara: None of us prefer the term supergroup and feel it is a bit pretentious to consider us that. We feel that we need to prove ourselves to earn that title. A supergroup to us is a band that can withstand the changing and volitile climates of the music industry, write undeniable catchy songs that will stand the test of time and have a long lasting career.

FTS: Bonds of Mara is currently on tour all over Canada, including a stop here in Niagara on March 4th. What’s one venue you’d love to play? Anywhere in the world, no rules.

FTS: Tell us about the new single, “Killed The Love” – what was the inspiration, and how did the writing process go?

BOM: Sal was messing around with a flamenco guitar and writing a boss nova progression. He started thinking it would sound cool through some distorted guitars and could be a BOM song. All of a sudden the lyric “I don’t want to see your face again” and “you killed the love” kinda of came out of his mouth and he thought it would be a cool song to be written about the music industry but told through the story of a relationship. The band got in a room together and everyone put their signature touch on it. The rest is history.

FTS: Curate your on music festival! Pick the bands you’d love to fill a bill with (with Bonds of Mara headlining, of course). Any genre goes.

Check out the video for their latest single, “Killed The Love”!