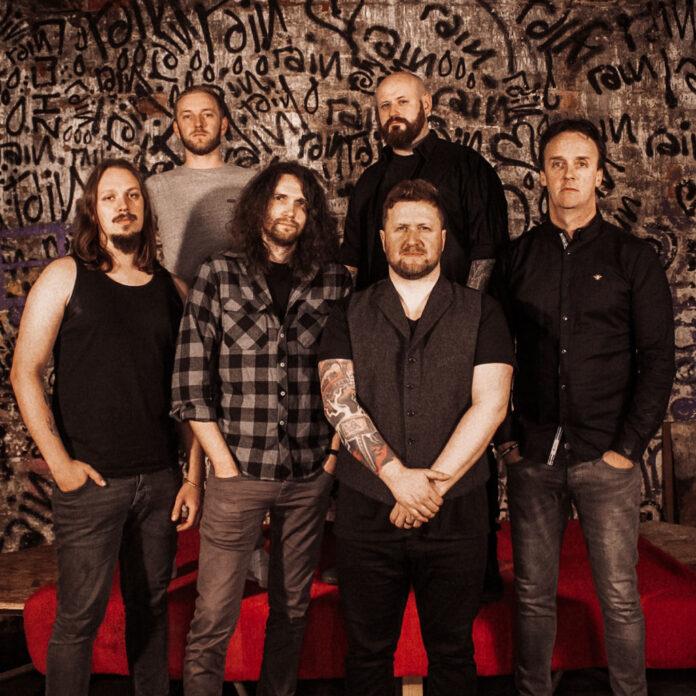 Liverpool, UK-based alt-rock band Attic Theory have recently released the second single from their upcoming second album, What We Fear The Most. “Narrow Lines” is a grunge-tinged rock track with gritty yet melodic vocals, and compelling lyrics – plus, beyond being a great song, it benefits an important cause. All proceeds from the downloads will go directly to the CALM charity, which offers help to those in crisis. We caught up with Lewis Wright of Attic Theory to chat about the song, how they became involved with the CALM charity, and the band members’ superhero alter egos.

From The Strait: Tell us about the new single, “Narrow Lines”.

Attic Theory: With “Narrow Lines”, we wanted to break through this stigma of men speaking up about their mental health as it continues to be a taboo subject for many men and we wanted to spread awareness that there are supportive charities such as CALM out there to help everyone who ever finds themselves struggling.

FTS: Proceeds for this single will be donated to CALM, a charity uniting the UK against suicide. Can you tell us a bit about the charity, and how you became involved?

Attic Theory: The Campaign Against Living Miserably (CALM) take a stand against suicide. The charity stand against feeling shit, stand up to stereotypes and stand together to show life is always worth living. This message resonates with every member of the band and was the main reason why we wanted help in anyway we could. They have been absolutely amazing to work with.

FTS: How did Attic Theory get together and become a band?

Attic Theory: Peter and myself were in a previous band together and we wanted to start something new and different from what we had previously done before. We enlisted Tim, starting writing songs and then picked up the other reprobates along the way.

Attic Theory: As a band, we believe the feelings of creating a piece of music and also being live are incomparable. When you are on stage and are listening to people sing the lyrics of one of our songs back to us, it still gets me quite emotional and I think it always will. Gigs are where its just a messy, loud, cramped sweat box and everyone gets lost in that very moment… its the peak of human experience.

An all round least favourite thing about being a musician is dragging endless mounds of gear to and from shows and, while on tour, people farting in confined spaces like the tour bus and green rooms when we’ve all lived off nothing but KFC and monster.

FTS: If each band member were a superhero, what would be their superpower and name?

Attic Theory: This part definitely needs to be read out aloud while doing your best action film trailer voice over impersonation.

Tim Cunningham is “The Pouch”! He has a magical bag – his pouch – that he could pull anything out of.

Kenny McArthur is “Captain Enable”…. You’ve been sober for a month? You poor soul, let him help you!

By his side is his trusty companion, “The Barleyman” (Matt Lawler), who has the ability to turn water into beer.

Peter Donnelly is “the Time Travelling Riff Boy” with the ability to steal any riff from the past and make it my own without anyone knowing. Shhhh.

Lewis Wright is “Siren”… He entices people with his voice and than blasts them with his megaphone. Last but definitely not the least…

Norm Walker is “Dixie Normus”… he has the power to retrieve things off high shelves… with his massive… stick.

Check out “Narrow Lines”, the latest single from Attic Theory!