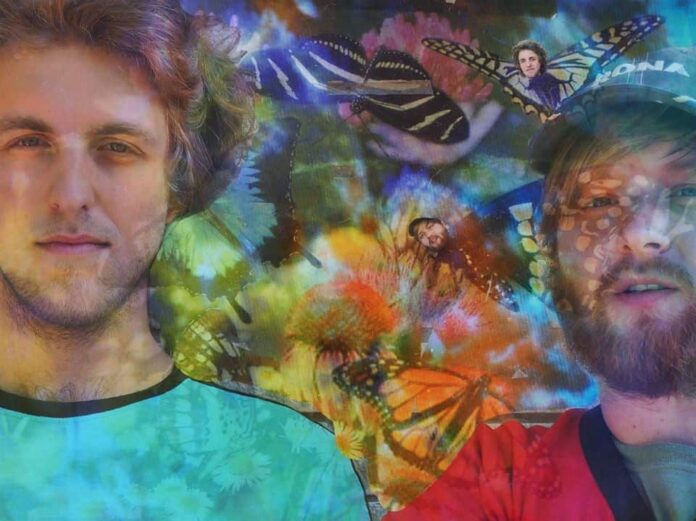 It’s hard to pin St. Catharines band Holodais down to just one genre – whether you consider them indie rock, pop, garage, surf, or anything else, one thing is for sure, they offer a unique sound that is all their own. With the recent release of their latest single, “Way Of The Moon”, we caught up with the band to chat about their start, their influences, and memorable shows.

From The Strait: How did the band get its start?

Holodais: Stuart and I (Kyle) met in kindergarten and started playing music together when we we’re pretty young. We started playing in multiple bands, but after those groups fell apart we decided to continue making music with just the two of us. After recording our first e.p. we came up with the band name and added guitarist Jon Rahman.

FTS: Who you were you musical influences growing up, and how to do they differ from your current ones?

Holodais: Growing up we both listened to a lot of different styles of music, punk and classic rock, we really came together over psychadelic, indie rock and folk music. Acts such as Neil Young, MGMT, Neutral Milk Hotel, Pink floyd, and Canadian acts such as Tokyo Police Club and Arcade Fire really influenced us to create our own music.
Nowadays, our music taste has many of the same roots, but we’ve delved deeper into post punk and more pop oriented music.

Holodais: We have 2. Our first is a show we did in Trois Riviere Quebec with the band Post-Rough. We made great friends that night, and had
an empty apartment above the venue to stay the night, which had individual beds for each member, a super luxury from what we’re used to.

Our second was not as glamorous. It was in a small country town in an empty bar. We were heckled constantly
by a man requesting Jesse’s girl and almost didn’t get paid. Our only real audience members we’re a lovely elderly couple who had to leave
halfway through. It was a real “paying your dues” kinda night at the Windsor Tavern (not any where near Windsor)

Check out Holodais’ latest single, “Way Of The Moon”!