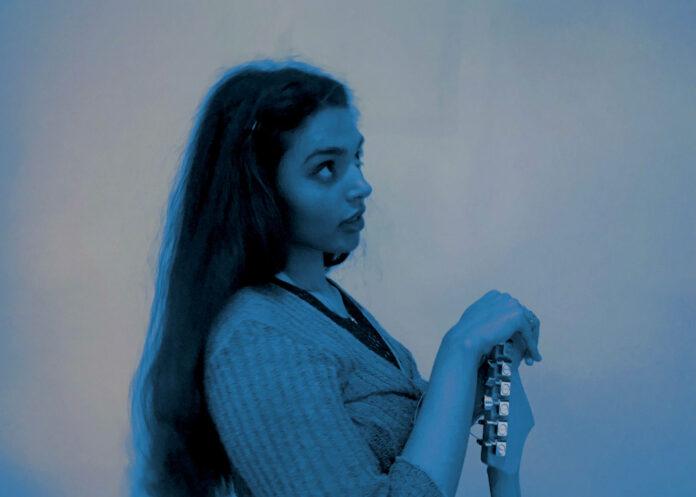 We’re venturing Beyond The Strait to dive into “Rocky Mountain”, the latest single from London, England-based musician, Mari. Mari is the musical moniker of Ann-Marie Azurunwa, an artist who has been creating music since the age of five. Now 23, she fuses indie rock, drum and bass and electropop in her latest single to create her own unique sound. We caught up with Mari to chat about how she got started, her musical influences, and her advice for new musicians.

From The Strait: Tell us about the new single, “Rocky Mountain”.

Mari: I wrote Rocky Mountain during a period of intense frustration with myself. To me, this song is about hearing that divine inner-voice, but feeling too afraid to really listen to it. You’re ignoring your fears, and drowning out the voice with distractions. But it’s at the top of the mountain and can see how magical your journey would be if you just followed the breadcrumbs. I’m guilty of overthinking, so breakbeat and dance-y choruses are like therapy to me, because there’s no thinking – just raw passion and joy.

Mari: I’m not sure there was ever an exact moment where I started, I feel like it’s always been that way. I was always making songs up as a kid, I just never stopped. But I suppose I was in my teens when song-writing became a consistent thing in my life.

Mari: Growing up there was so many different kinds of music being played! There was everything from jazz to rock to trip hop. I feel like my influences have always been so eclectic and they’ve sort of followed me my whole life. I guess in my early teens I was heavily influenced by punk rock, which I still adore but I don’t make those kind of songs anymore. At least, not in an obvious way.

Mari: I’m still learning myself! So far, I’ve discovered that in those moments there’s no use in forcing it. Moments of stillness are part of the process. Everything ebbs and flows.

FTS: If you had any advice for new musicians, what would it be?

Mari: Enjoy the process. Remember to have fun. Play!

Mari:I have a music video for the single coming soon. And I’m recording an album that should be out by the end of this year!