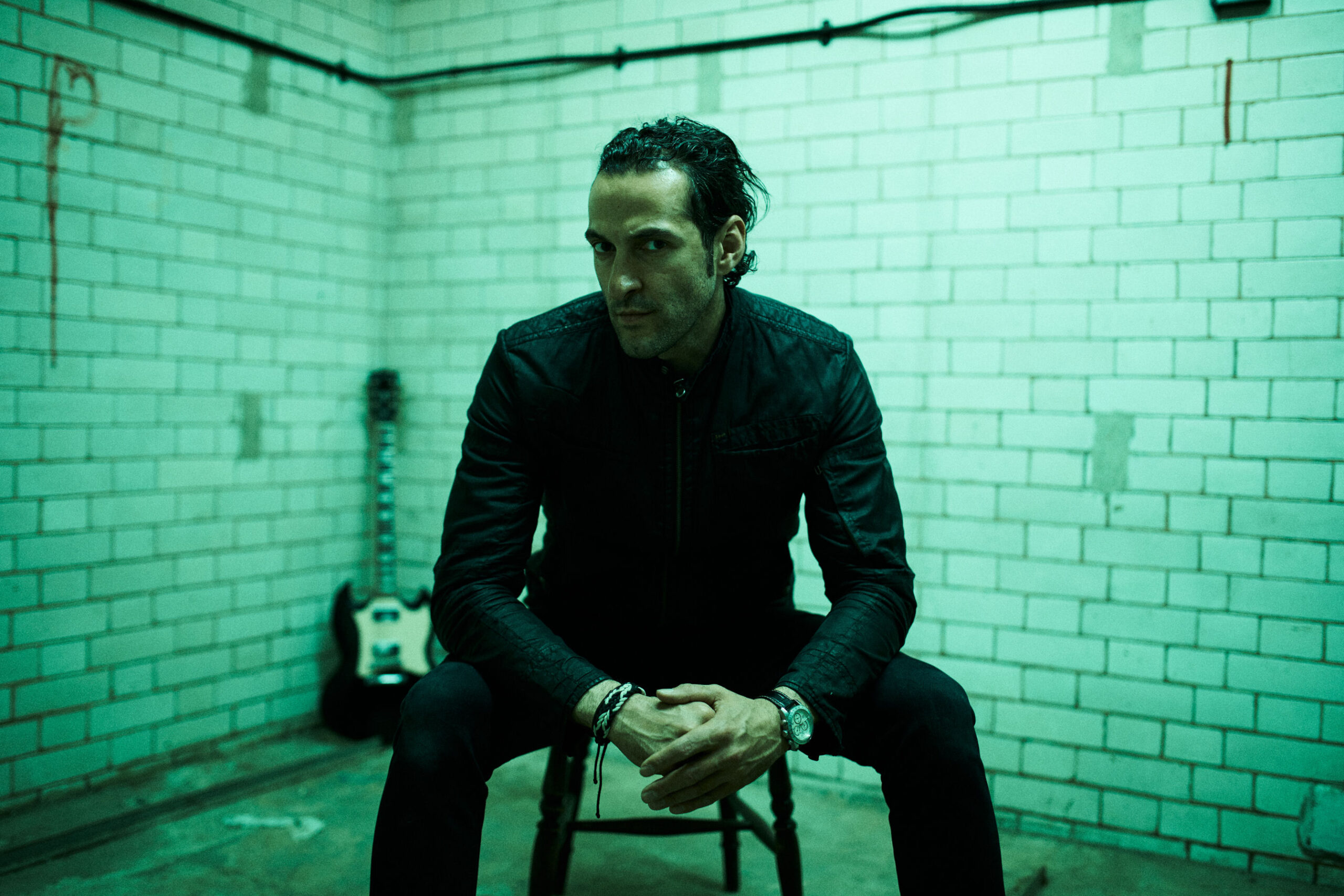 Hailing from the UK, Superdamned (a.k.a Jonathan Wilson) is a multi-instrumentalist, songwriter, and singer. His latest single, “Hypertension”, is a punch of big rock energy right out the gate, with driving guitars and hard-hitting drums. Wilson performed all vocals, bass, guitar, and drums – plus the songwriting – making this alt rock track unmistakably his. We caught up with Superdamned to chat about the song, what made him want to be a musician, and his deserted island albums.

From The Strait: Tell us about the new single, “Hypertension”.

Superdamned: It’s a song about a feeling you get when you’re about to step outside of your comfort zone, that literal fight or flight moment when you feel your heart start to beat faster, your mouth goes a little dry, you feel a slight weakness coming over you but crucially you willingly throwing yourself into that situation anyhow. There are so many life situations where we’ve all experienced a similar feeling. Musically it’s heavily inspired by Queens Of The Stone Age, Placebo and early Manics who are just some of my all time favourite artists.

Superdamned: I don’t recall ever making the decision to become a musician as such, I first started playing piano aged 7 and have always constantly listened to music since early childhood. Then I discovered the electric guitar and drums around about the same time as I discovered Nirvana and Radiohead as a teenager and it was game over from there really. Yet despite being such a huge part of my life, I’ve actually got a love/hate relationship with making music.

FTS: What are some under-the-radar London artists that you think our readers should be listening to?

Superdamned: There’s so many great UK bands and artists right now that I don’t really listen to much mainstream music anymore. There’s plenty of bands you might want to check out like Honeycub, Dude Safari, Mother Vulture, James And The Cold Gun, various bands on the GrungePop Records roster…I found the producer I’m working with at the moment Alex Loring through his band Big Spring who’s new album I’m really looking forward to. I’m also really into this indie band from Stockholm called Washing Machina and DC punk band Teen Mortgage…when I want to listen to something with no distortion I might put on some dream pop like Night Swimming or some Fiona Brice preludes, the list is endless really.

Superdamned: I never sit down and go “right I’m going to write a song now”, inspiration comes when you least expect it and it usually starts with a riff or a melody which I let fly around in my head for a few days, a few weeks maybe without ever trying to bring it into the physical realm by picking up an instrument yet – because your idea will inevitably be redefined by your own limitations. When it’s gestated enough that a coherent vocal melody, guitars and drum parts are formed, then I’ll record a demo and do my best to make it sound like how I hear it in my head. For me, lyrics come last.

FTS: If you were stranded on a deserted island, what five albums would you hope to have with you?

Superdamned: That’s an incredibly hard question! I’m going to go with a few of the usual suspects: Jimi Hendrix – Electric Ladyland, Radiohead – The Bends, Jeff Buckley’s Grace, GN’R – Appetite for Destruction, and some piano music like Debussy’s Preludes. I think that covers most bases.

Check out “Hypertension”, the new single from Superdamned!