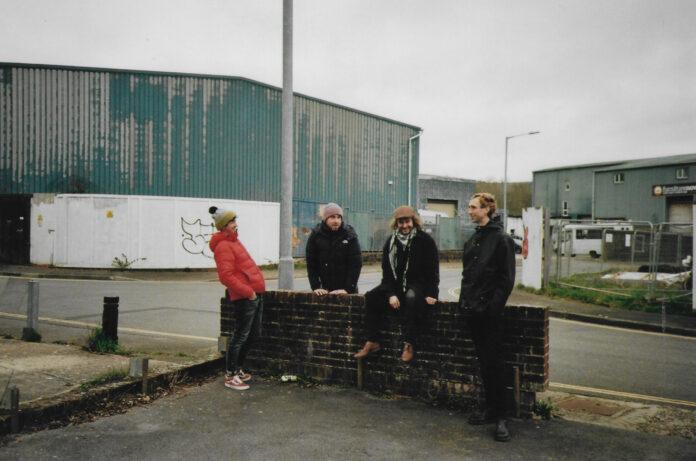 We’re going Beyond The Strait to share the latest single from Brighton-based post-punk band, Mules. Their second single, “The Things We Learn In Books” is a hard-hitting track with driving guitar riffs and lyrics you’ll want to pay attention to. We caught up with Mules singer Tommy to chat about the new song, his musical influences, and what’s coming up next for the band.

From The Strait: Tell us about the new single, “The Things We Learn In Books”.

Mules: It’s a catchy post-punk song about being smart but dumb at the same time. We recorded it at Metway studios here in Brighton, and it’s one of the earliest songs we wrote. The lyrics were inspired by a bunch of shitty life events, and the subsequent realisation that no matter how smart and grown up you think you are, life still has the capacity to knock you sideways, and when someone you love commits suicide it isn’t much use having a cursory knowledge of Deleuze or whatever.

FTS: How would you describe the band’s sound to anyone who hasn’t heard your music before?

Mules: When I was young it was jazz, blues, britpop, and The Prodigy, I still listen to a lot of that stuff but I got into The Clash when I was fifteen and that was a big deal in terms of my listening trajectory. I like to keep an open mind and I listen to everything from grindcore to minimalist composition to dubstep.

Mules: Godspeed You! Black Emperor, Steve Reich, The Ex, Fugazi, Crass, Viv Albertine, Sleaford Mods, Steve Albini, Laura Jane Grace, plus all my mates’ bands. Altho I have to say if all those ppl were in the audience I’d be fucking terrified and would probably refuse to go onstage without a stiff drink or two first!

FTS: What’s coming up next for Mules?

Mules: We’re just gonna be writing more songs and playing lots of shows, then maybe later in the year we’ll release a 7″ and go on tour.

Check out “The Things We Learn In Books”, the latest single by Mules!